Air pollution is closely related to respiratory diseases. The research team of CMU College of Public Health including Dean Bing-Fang Hwang, Assistant Professor Chau-Ren Jung, Dr. Yu-Ting Lin, and Dr. Hao Shih recently discovered that if infants are exposed to excessive PM2.5 pollutant from late pregnancy to one year after birth, they are likely to have allergic rhinitis. The team’s research findings “Effect of exposure to fine particulate matter during pregnancy and infancy on paediatric allergic rhinitis” was published on the No.5 most cited respiratory system journal, THORAX. Under the influence of environmental changes, this health issue has attracted much attention from the public.

This research uses a high-resolution satellite hybrid model to estimate the average daily PM2.5 exposure value based on the infants and mothers’ residence during pregnancy. Big data is also used to analyze the infants born in Taichung City between 2005 and 2011. The results have shown that from 30th week of pregnancy to 52nd week after birth, there is a significant positive correlation between the occurrence of allergic rhinitis and the increase in PM2.5 exposure.

“There exist many pollutants in the air,” said Dean Bing-Fang Hwang, “among them, Particulate Matter are the dust-like particles floating in the air. Many international journals have confirmed that PM2.5 will cause harm to the human respiratory tract.”

Dr. Yu-Ting Lin pointed out that from her clinical experiences, it is possible that under the exposure of PM2.5 the mother and infants’ antioxidant, immune regulation, and endocrine system may be difficult to balance. Moreover, the growth and maturity of the nasal mucosa will be affected, and further lead to allergic rhinitis.

Generally speaking, allergic rhinitis is an inflammatory reaction of the nasal mucous. Common symptoms include nasal congestion, itchy nose, runny nose, and sneezing. Although it’s not a fatal disease, but it can affect the patients’ life seriously. Patients with severe symptoms may even be affected of their sleep quality and performance at school or work.

This research found that exposure to PM2.5 may be a cause of allergic rhinitis and the critical period lies in the end of pregnancy to one year after birth. The CMU research team hope this study can help in reducing the chance of allergic rhinitis, and they recommend that pregnant women and infants should avoid going outdoor when the concentration of PM2.5 is higher than the WHO standard. Reducing the exposure to air pollutant can ensure people’s health, thereby reducing medical and social economic burdens. 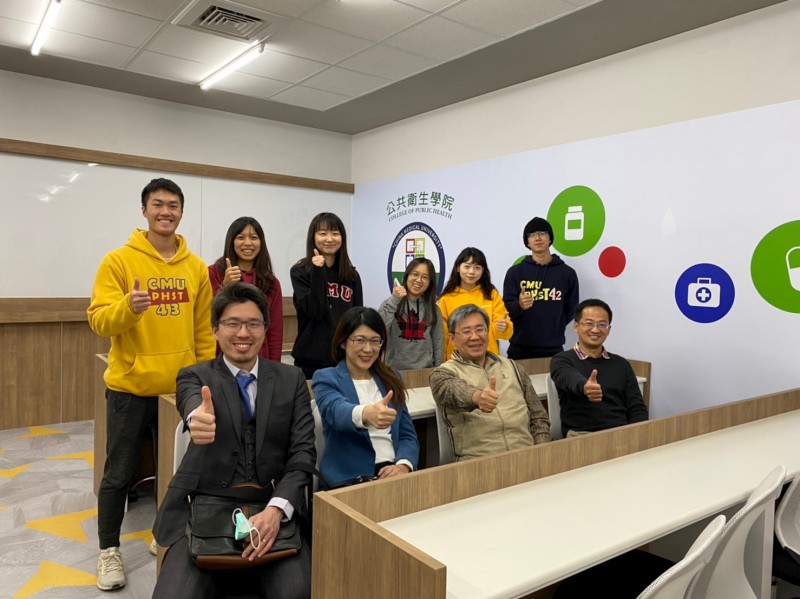 The Research Team of CMU College of Public Health