The prestigious journal Theranostics recently published a research finding “SLFN11 Inhibits Hepatocellular Carcinoma Tumorigenesis and Metastasis by Targeting RPS4X via mTOR Pathway” which founded that the low expression level of SLFN11 promotes the growth and metastasis of HCC, and explicated its internal molecular mechanisms in hepatocellular carcinoma (HCC) growth and metastasis. This discovery was led by CMU President Mien-Chie Hung and his international research team, and will surely bring a breakthrough in liver cancer treatment by providing a new treating strategy for HCC patients.

The Schlafen (SLFN) protein family plays an important role in regulating the biological functions of mammals. As a member of the human SLFN family, SLFN11 has antiviral characteristic. However, relevant researches were mainly focused on the relationship between SLFN11 and drug sensitivity, the role of SLFN11 in tumorigenesis and metastasis is rarely known. President Hung’s research team did an immunohistochemistry (IHC) analysis and found that the downregulation of SLFN11 in human HCC tissue is closely associated to poor prognosis. In the in vitro cell test, it is found that SLFN11 can inhibit cell proliferation, migration, invasion, and facilitate apoptosis. In addition, animal experiments have shown found that SLFN11 can effectively reverse the progression and metastasis of HCC.

Based on the important mechanism of mTOR signaling pathway in HCC and its limited efficacy in clinical treatment, the research team applied mTOR inhibitor INK128 to evaluate the anti-tumor efficacy in the clinical trials of HCC patients in later stage or with metastasis. It is found that INK128 can effectively inhibit the activation of mTOR pathway caused by SLFN11 low expression, thereby inhibiting the growth and metastasis of HCC. Moreover, in combination with INK128, the overexpression of SLFN11 can delay the progression and metastasis of HCC and enhance the anti-cancer efficacy of INK128. This research finding provides a new theoretical basis for the individualized treatment for liver cancer patients. 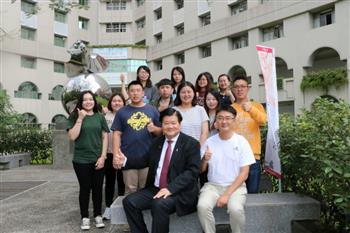