Shanghai Jiao Tong University published the 2017 Academic Ranking of World Universities on the 15th of August. Seven research universities in Taiwan made itself into the top 500. Following National Taiwan University, which ranked 173rd, CMU, ranked 197th, took second place of Taiwan and first of the private school.

Chairman Tsai, the board of the trustee, indicated CMU’s target of becoming one of the best universities in the world. In order to live up to the expectation, the board of the trustee started a so-called “50 billion for ten years” project, challenging to take CMU to the top 100 in ten years. Chancellor Lee mentioned CMU has established 6 research centers, which are tumor, immune system, stem cell, Chinese herbal medicine, acupuncture and brain disease. It has also invested 100 million on attracting the talented all over the world in order to be the head of the biomedical research field.  Vice Chancellor Tsai believed that experts are the core of a company or association. By starting the “300 million for 100 teachers”, all outstanding teachers were invited. They brought a breath of fresh air into the campus and were gradually turning CMU from a teaching- oriented university to a both teaching and research – oriented university. 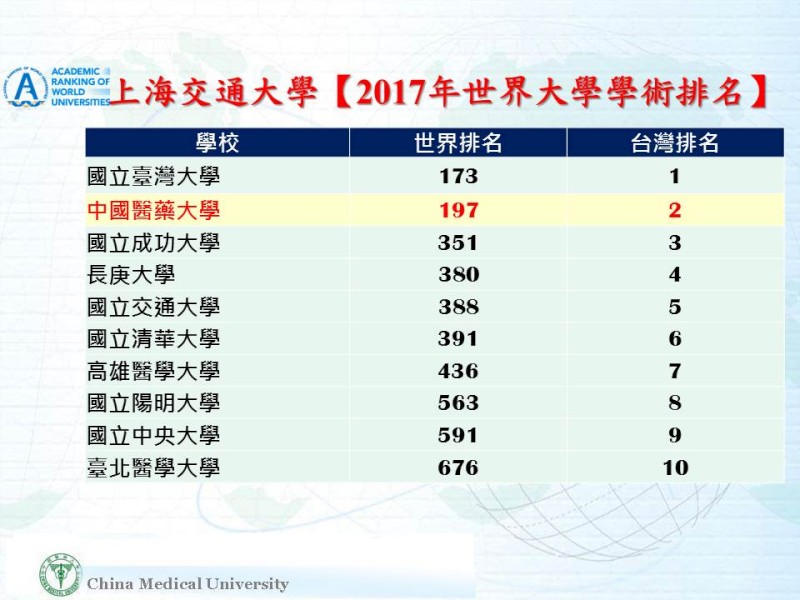 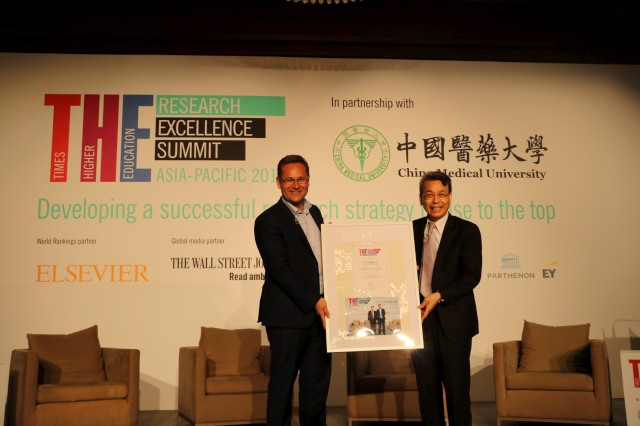